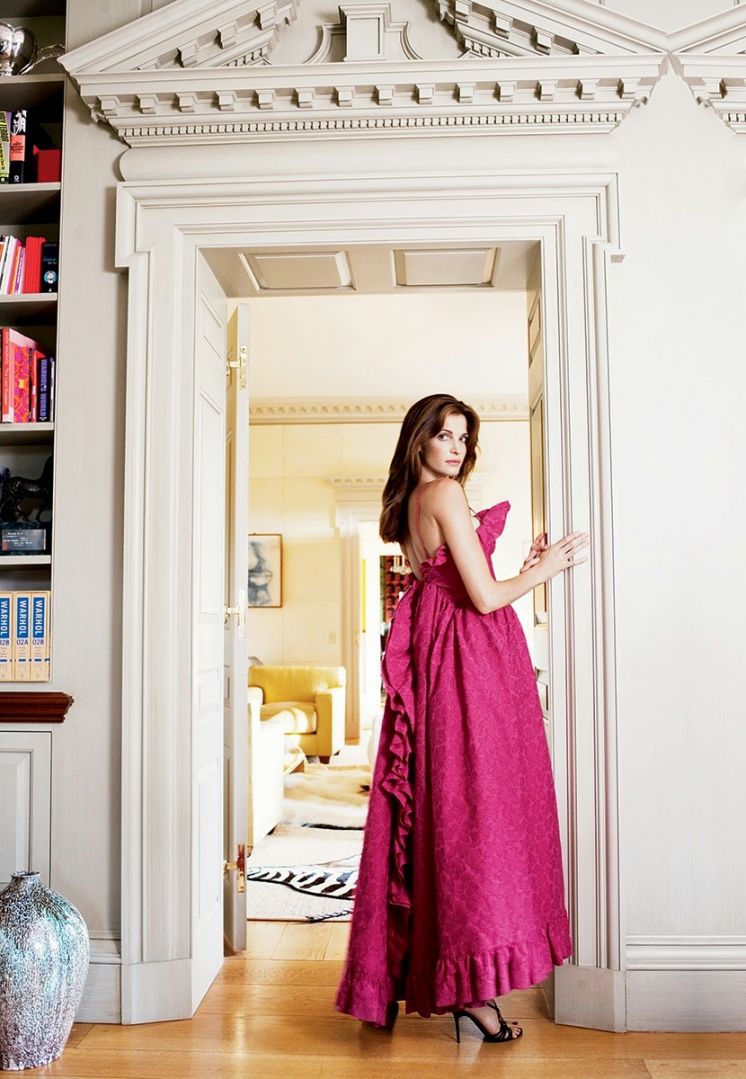 LET THE WORLD TURN EVER MORE CASUAL: WHEN IT COMES TO MATTERS OF STYLE, THESE WOMEN HAVE THE COURAGE OF THEIR CONVICTIONS.

“Looking well dressed is a reflection on who you are,” Stephanie Seymour believes. “ I’ll see a woman who has made an effort and think, wow she has got it together.” 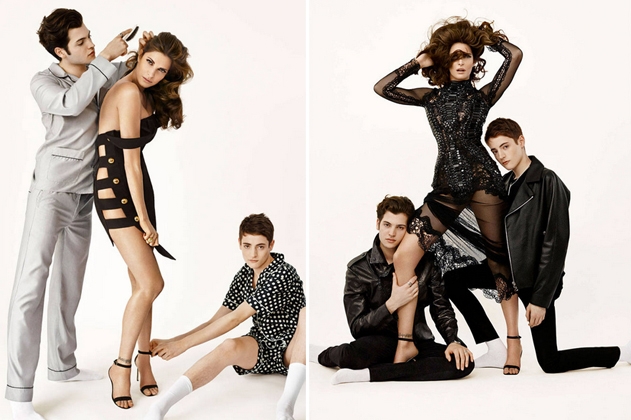 When Stephanie Seymour talks Dior and Yves Saint Laurent and Balenciaga, it is vintage couture and not the booty acquired from an afternoon spent at Barneys New York that she is referring to. It is not every day that someone can illustrate the provenance of some new acquisition- in this case, a fifties Balenciaga butterfly cape-with “Vogue cover, Irving Penn,  Dovima or maybe Lisa [Fonssagrives],” but these are the sorts of points of reference that can be conjured up by her. Seymour’s closets are astounding: a fuchsia embroidered evening dress from around 1960, also Balenciaga; a Dior cocktail dress with a huge bow on the hip from the same period; and a gray silk shirt from Yves Saint Laurent’s first collection for Dior in 1958. (As for fashion’s present, rather than it’s past, she goes for Alaia every time.) “ I like that formal, high-style, detailed look of the fifties and sixties” she says. “Getting dressed is an all or nothing experience for me.” 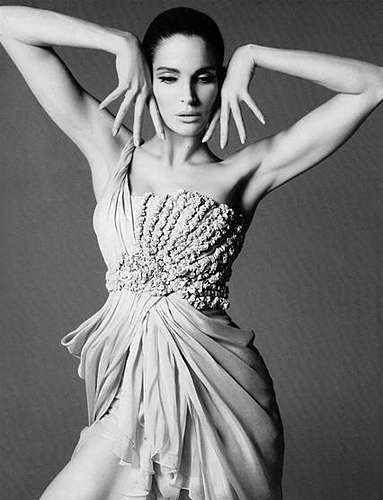 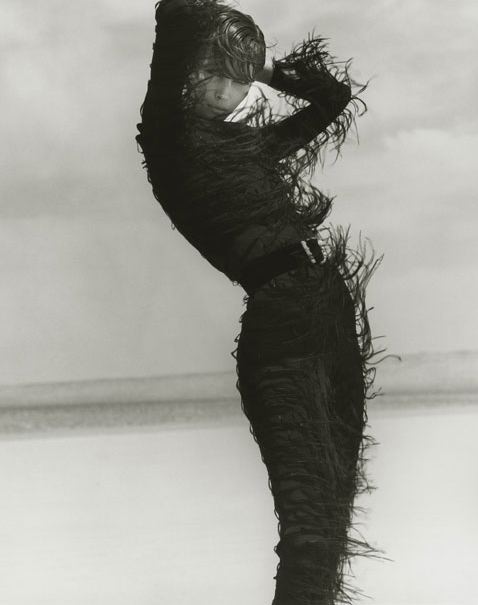 I told a friend who is by any standards pretty stylish, I was working on a story about women – women who have no fear of chic. “Why?” she asked, laughing is there such a thing as chicophobia?!” Well yes, actually there is. It isn’t,  I admit going to be formally diagnosed by the medical establishment anytime soon. But then they didn’t sit trough the fall shows, and I did, and, let me tell you, there were enough impossibly soigné, utterly severe looks on show to make a grown woman quake in her clunky Marni sandals. To take note of fashion now means dressing to achieve an effect that isn’t offhand, unstudied, laid-back.

Seymour isn’t the only one who shows no signs of chicophobia. In this monthly spread of introductions with the leading ladies of chic we’ll present you with unique and timeless ideas of looking fabulous and feeling good for any occasion, everywhere, all the time. They are no strangers to taking the fearless approach to fashion that designers are now asking you to consider. Yes, they’re aware of the current obsession with insouciant ease. Yes, they think Kate Moss, Charlotte Gainsbourg,et al. do it brilliantly. But wear it themselves!?No way. Partly because they see no point in expending a lot of effort to look like you’ve made no effort at all and partly because they know that to do casual well is one of the toughest  things to pull off. But mostly, they derive a certain pleasure from looking their best- their best being dressed up. “If someone is chic” Seymour says “it hasn’t happened by accident. Thought and effort went into it. ” And if you don’t quite manage it, well, so what? Better to fail in a beautiful dress than in blue jeans because the gesture itself speaks volumes about using your clothes to show a certain politesse for others. 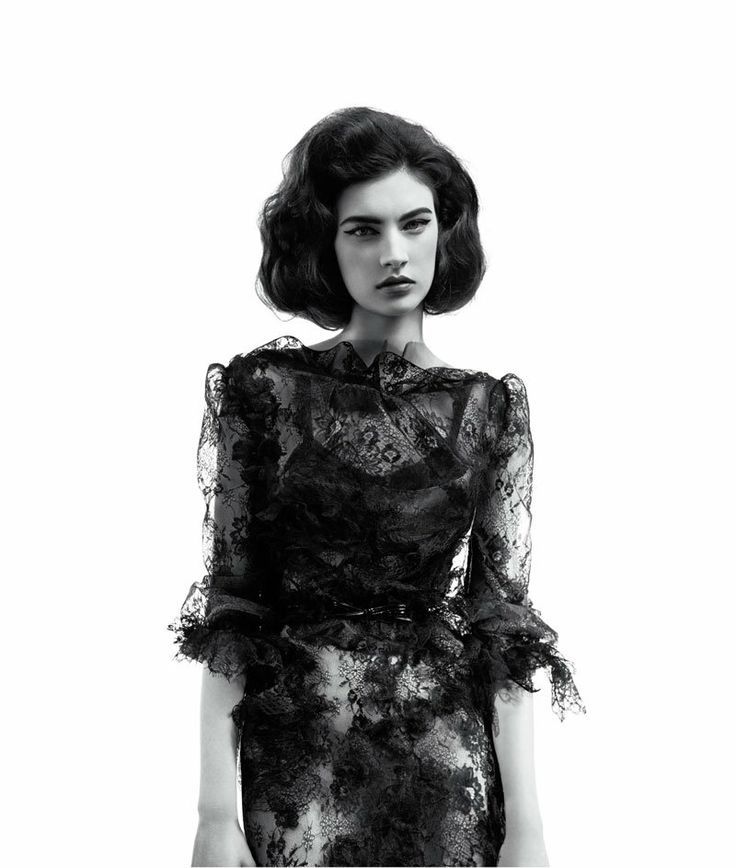 Let’s get this straight, though: We are not talking about the same dressed up that results in ridiculous sight of starlets sitting front row at runway shows the world over, all ready for cocktail hour, even if the rest of the audience has barely imbibed its first coffee of the day, let alone a caipirinha. Appropriateness is given it’s due consideration. Someone like Liz Goldwyn never looks out of place, because her chosen look is done with a sense of the right occasion. She hasn’t even worn certain things yet, because the right event, the event she always imagined she would wear something to in her head, hasn’t materialized. Her treasured vintage Jean Patou pink shantung dress still languishes in her closet because it needs, she feels, to be worn to an Easter garden party, and until that specific invitation wings it’s way to her….

For the non-chicophobe, then, choosing what to wear still requires considering the moment for which she is dressing, even if her idea of that moment is a subject to a somewhat cinematic interpretation. Vanessa Seward, for instance will wear an Azzaro velvet trench coat with diamante buttons because she reasons it is a wonderful thing in which to walk around the city, in a Romy Schneider kind of way. Come evening she will vamp it up, as she did recently for a Martine Sitbon party, in one of her label’s bodyconscious halter dresses in white silk crepe and serious jewelry . “Everyone else was pretty dressed down” recalls Seward” but it didn’t matter to me, because what I was wearing made me feel comfortable. Anyway, I always think, though luck for them, because in the end, I am the one getting all the attention!” 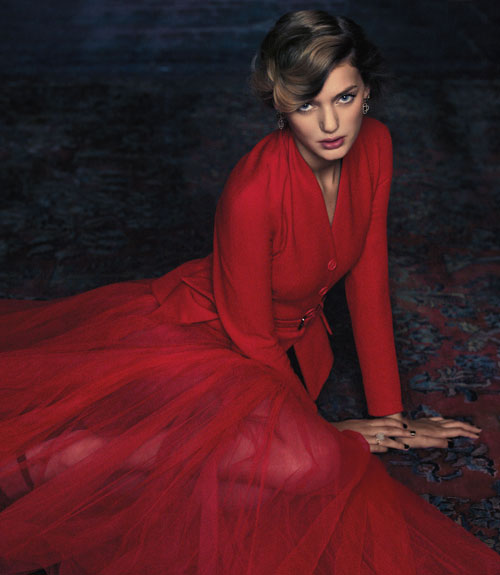 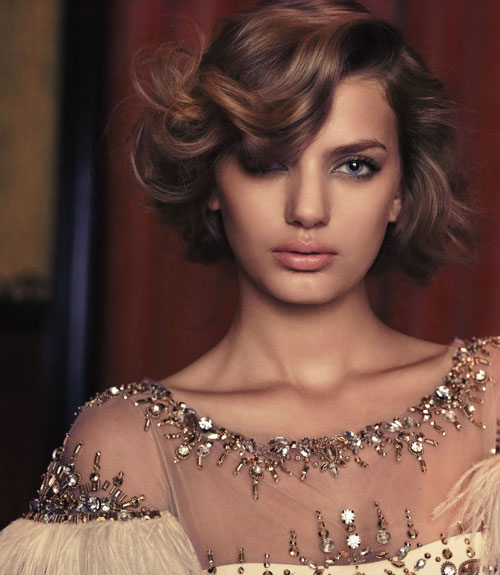 “If you can’t stand the chic, stay out of the closet” seems to be their mantra. These gals do not see their wardrobes in terms of It bags, Wait list, or it was on Nicole Richie on page 33 in Vogue, So, Like, Charge it. Fashion for them, is about self-expression, unadulterated joy, and- remember this?-having fun. They are not trying to be wildly eccentric or dress in a way that subjects them to endless scrutiny, but it happens,  it happens. Liz Goldwyn sees it like this. “If you love clothes, then you do have some duty to show them off” says she. For her the joy of fashion is having a story running through her head when she wears it. In the past this has meant Sexy Lumberjack( a lot of plaid with a lot of Versace) and Sexy Academic Deconstructionist (Margiela meets Bonjour Tristesse). 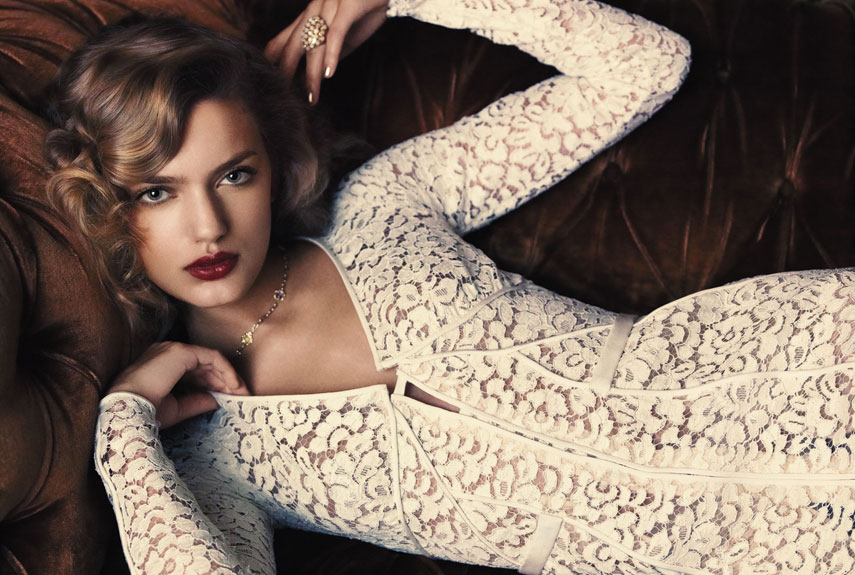 Likewise, these women don’t care about being seen as out of sync with whatever is considered cool right now, especially if that means they don’t have to wear sack dresses and sportif leggings. They haven’t just mastered making persuasive statements about what they think is chic, they also understand completely what works for who they are. “You become your own individual look,” says Clare Waight Keller, who mixes her Pringle with Gucci minks and shapely seamed skirts, antique Romany blouses, and Victorian gift belts. “The greatest compliment you can get is ‘ Oh, that is so you’” And if mainstream fashion doesn’t work with that, so be it. Vanessa Bellanger has had no end of what she calls “phases.” There was the Extreme Make-up phase: Paolo Roversi-style blackened eyes and stained lips-with everything. There was the Major Accessory phase: She was working with John Galliano, and it was dinner plate-size Masai earrings-with everything Now after a lifetime of vintage ( Edwardian coats, turn-of-the-century velvet slippers, gossamer-light bias slips), her new phase is just that: NEW. She’s picked out pristine contemporary pieces, because not only do they show the hand of a real designer at work, they are suited for her.” I guess I want to look more adult now,” Bellanger says. “ I think it is really bad to try and look younger than you are, which is so prevalent in fashion. You have to be comfortable with your age.” When did you last hear that in our mother-dressed-as-daughter-and-vice-verse times? Albert Elbaz says one of the reasons why women shy away from looking chic is that they fret it can be aging. I have heard it all before and support Stephanie Seymour on the subject, she says : “ If you start to worry that you don’t look young, or you don’t look sexy, in what you’re wearing, you are simply falling back into the trap of dressing in a way everyone else does.” Be fearlessly chic, because I do believe everyone really wishes they could, but they’re too afraid to.

This site uses Akismet to reduce spam. Learn how your comment data is processed.